From the Forests to the Fields

Project Gaia fundamentally believes that we need to transition to clean, sustainably-produced liquid fuels. We promote alcohol fuels as alternatives to wood and charcoal, which are being overharvested to meet the world’s need for fuel. 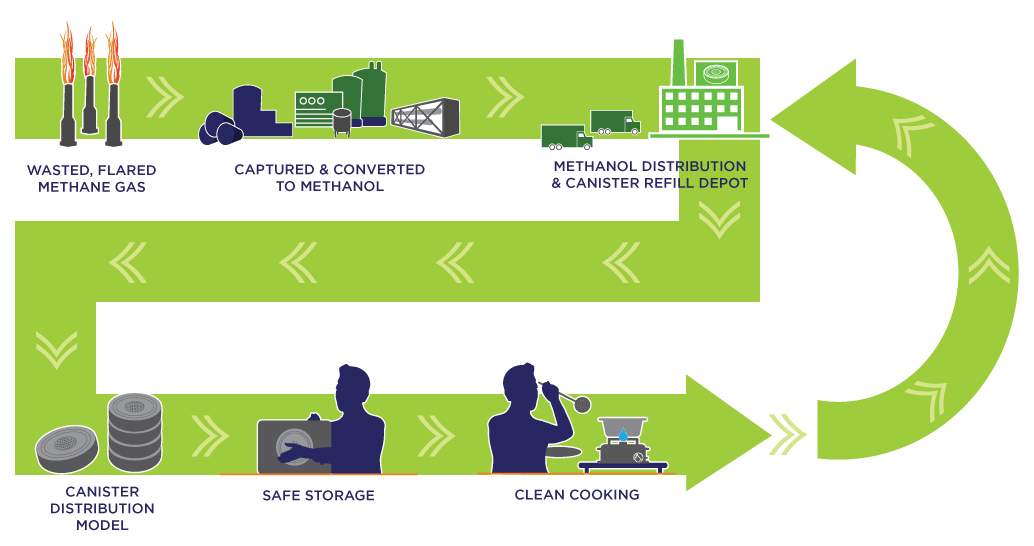 The Alcohols: Ethanol and Methanol

Methanol is made from primarily natural gas, but also can be produced from wood, bagasse (waste from sugar processing), grass, or agricultural wastes.

One of the most common myths about ethanol is that it creates a competition of food vs. fuel.

A major myth surrounding biofuel production is that biofuels are responsible for significantly increased food costs. However, a 2010 study by the Vienna Institute of Technology revealed that the majority of market fluctuations between 2000 and 2009 can be attributed primarily to “oil price and speculation” and that the effects of biofuel production were negligible.

Furthermore, a February 2011 Food and Agriculture Organization report found that producing food and energy side-by-side may offer one of the best formulas for boosting countries’ food and energy security while also reducing poverty. Such a system is particularly beneficial for small farmers, who benefit from the creation of a market for leftover crops or agri-wastes. The extra income that is subsequently generated can be used to increase food production and benefit entire communities.

In our projects, ethanol is often made from a waste product- such as the molasses by-product of sugar production. 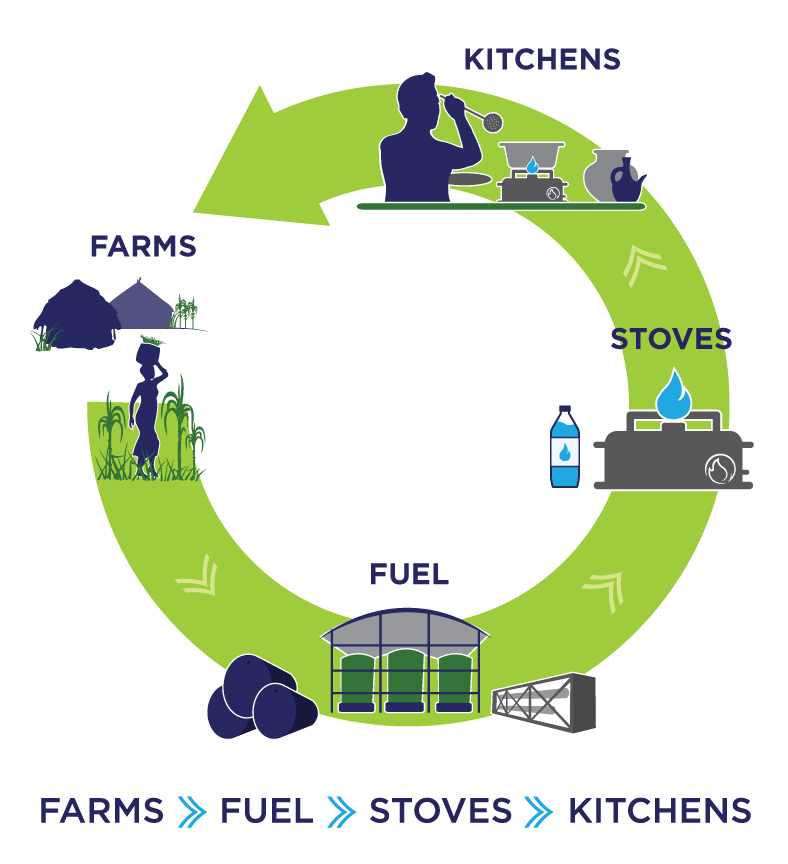 Alcohol can be produced for cooking and lighting with one of the world’s oldest crafts: distillation. Using age-old concepts and know-how, it can be produced nearly anywhere, by anyone, and at any scale.

Efficient micro-scale distilleries, producing from 150 to 5,000 liters of cooking fuel per day, can fit neatly into small-holder and cooperative farming environments. Combined with stoves, microdistilleries offer a second market for the farmer, a market for the distiller, and a cheap and clean fuel for the consumer.

Fact: All fuel intended for use in stoves is denatured with bitrex, an extremely bitter chemical, and blue dye. Once bitrex is mixed with ethanol, it becomes too bitter to drink